The Rappahannock Lions Club Holds Its Annual Chilifest for 2016

Almost any activity can be divided into three parts: make ready, do, and put away.  For the Rappahannock Lions Club annual Chilifest for 2016, “make ready” began at 10:00 AM on Saturday, October 8, 2016, at the Sperryville Fire Hall, six hours before the Chilifest was to get underway.  Lions Club members, their wives, and other volunteers walked through the front door and beheld an almost totally empty fire hall, but that did not deter these few early birds who immediately began setting thing up. 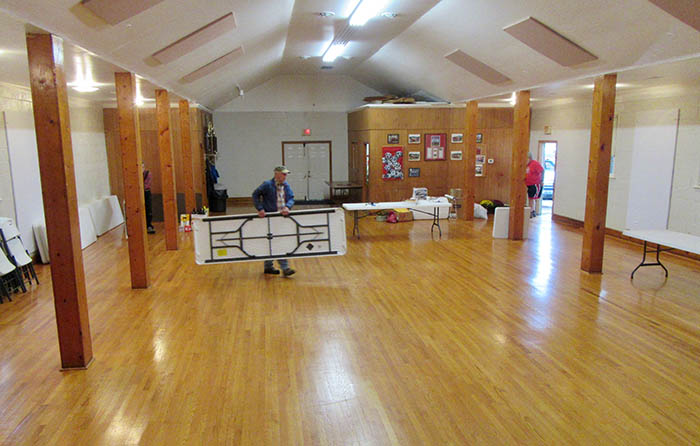 About an hour and a half later, most everything was basically in place for the arrival of the crock-pots of chili, the wine, beer, and other beverages, the signage, bouquets of flowers for the tables, and the setup of the raffle paraphernalia and other items.  There was much to be done, as the Chilifest was to begin at 4:00 PM.   Here are a few scenes from the “make ready” step.  Note also the “List of Champions,” those 150 parties who had purchased $100 Chilifest raffle tickets. 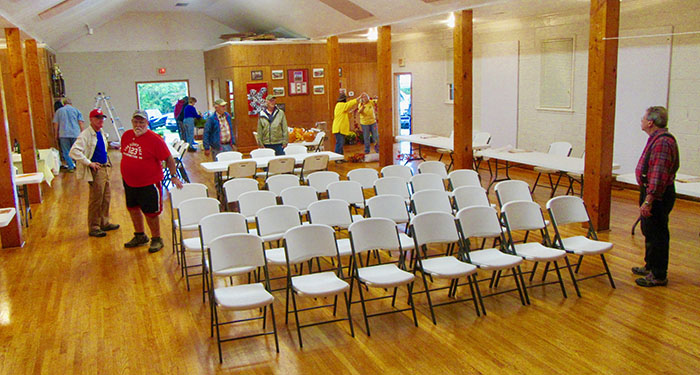 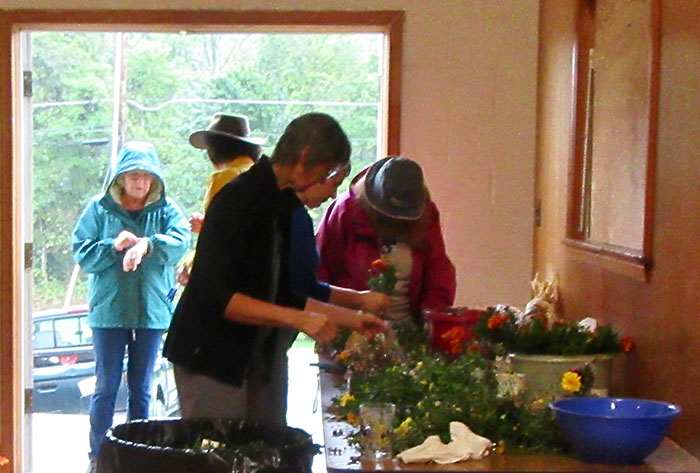 The socializing part of the Chilifest got underway at 4:00 PM on Saturday, October 8th, 2016, and soon the Sperryville Fire Hall was filled with people renewing old friendships, discussing local, national, and world events, telling stories, and making known their reaction to the tasting of a particular entry in the chili tasting contest.  The view from behind the line of crock-pots filled with chili, and a few of individuals tasting samples, is shown below.  Further below, the unique names for the chili entries dazzle the mind. 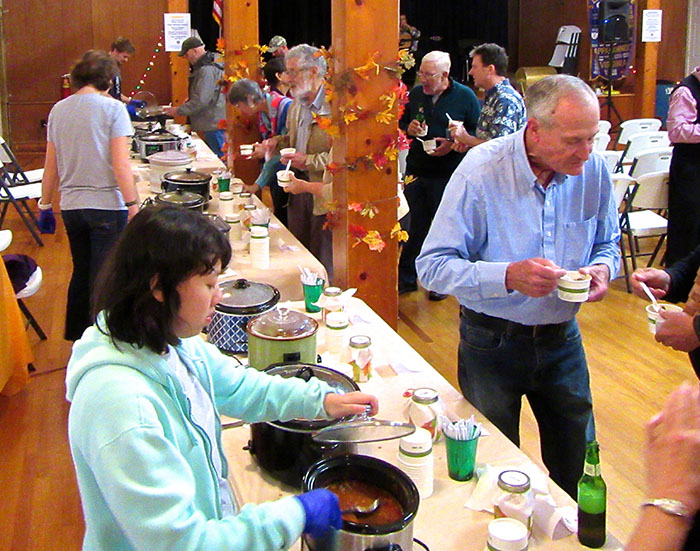 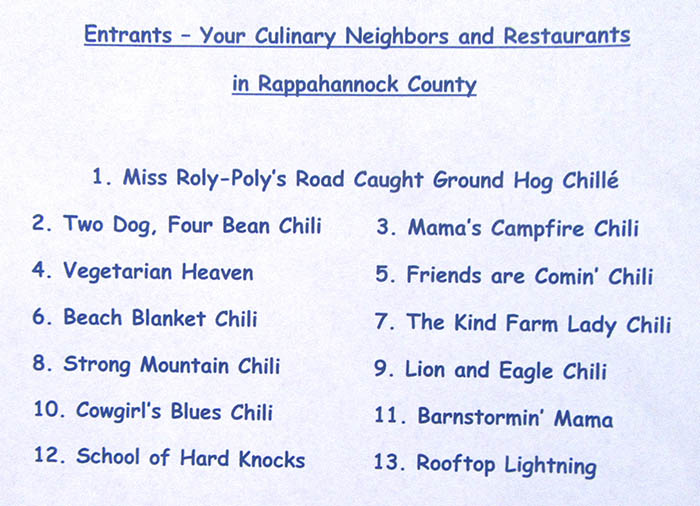 Guests filled the doorway to the fire hall as time passed, and some took to the pleasant weather outside as the skies had cleared.  Music was provided by Andy Berry and cohort. 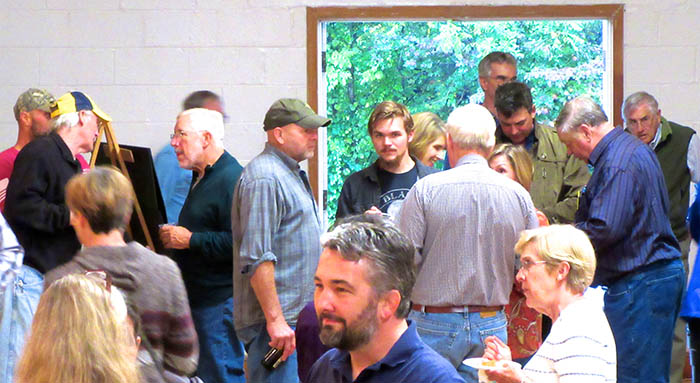 The bar.  There were free drinks of all kind – wine, beer, soda, lemonade, pure spring water, and even a Guinness.    Below, Larry Grove tastes a special prepared by his wife, Bartender Kathy.  Further below, Aileen Johnson and Diane Bruce in deep conversation. 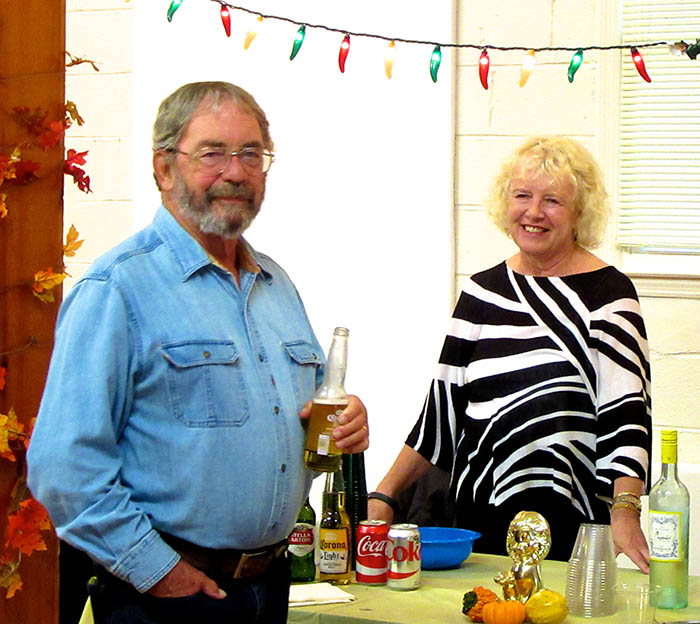 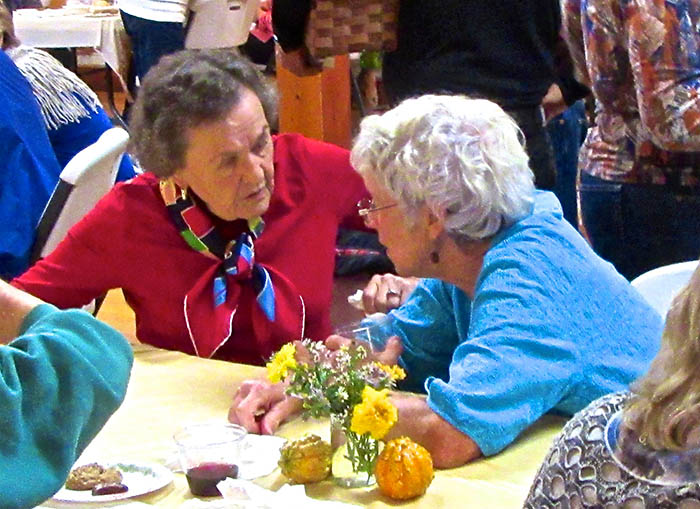 The $5,000 raffle part of the Chilifest event got underway promptly at 6:00 PM.  Genial emcee Jim Blubaugh kept the packed Sperryville Fire Hall engaged as each of the ten winners of the initial “luck of the draw” faced the dilemma of going for the whole $5,000 for themselves or splitting it amongst those remaining on stage after a tense elimination step.  Below, part of the crowd settles down, and then Jim explains the rules of the raffle. 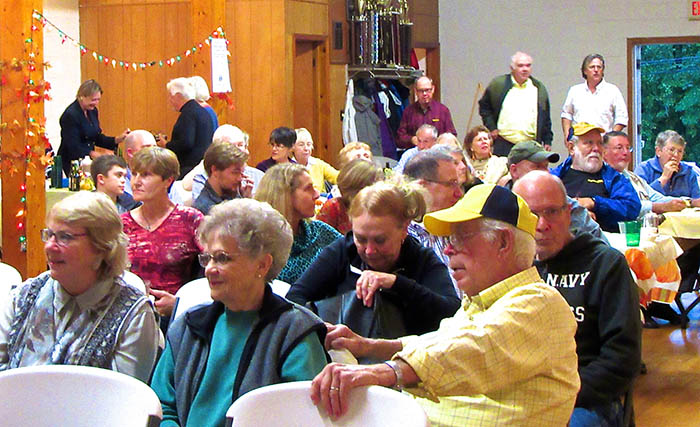 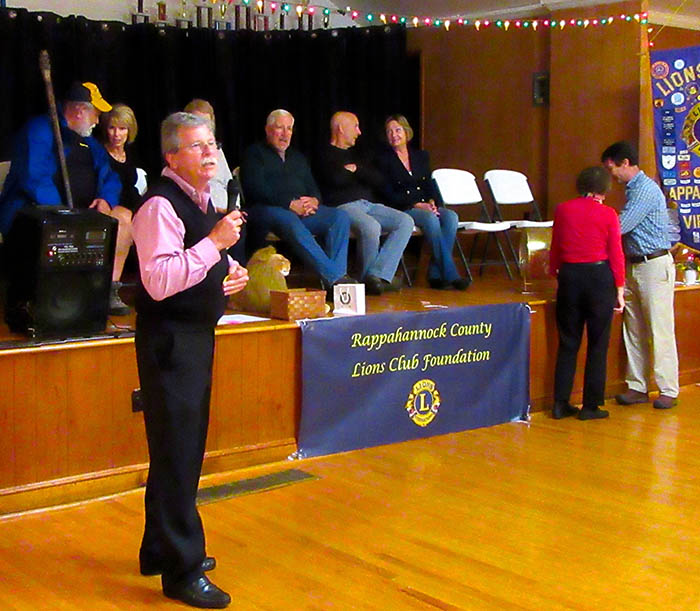 And below we have the ten lucky contestants winning the privilege of sitting on the stage and making the excruciating decision between “Split” (splitting the money amongst those remaining on the stage), or “Spin” (spinning the raffle drum to draw a capsule containing the number of one of those on stage, who would be automatically eliminated if he or she happened to be selected).  Of course, the ultimate irony would be to “Spin” and find that you have eliminated yourself. 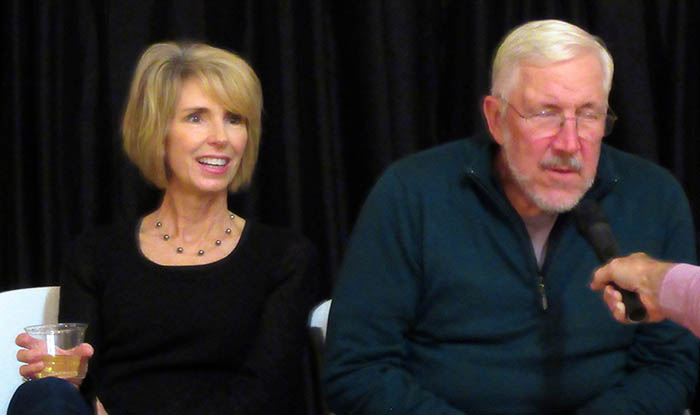 At this Chilifest Raffle one contestant made the decision to “Split” and so the $5,000 was split amongst the five remaining on the stage.

The last part of the Chilifest event was the third part of accomplishing anything, which consists of the three steps of “make ready, do, and put away.”  “Put Away” for the Lions Club and its 2016 Chilifest can be summed up with just one photo as show below.

Everything in the Sperryville Fire Hall has been cleaned up and put away.  Conviviality continues, though, but on a much smaller scale as Lions Club members and friends discuss the evening’s festivities. 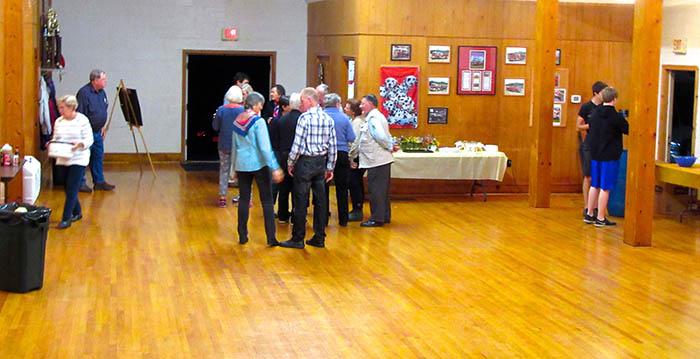 Approximately $14,000 was raised by the 2016 Chilifest event and now another cycle begins for the Rappahannock Lions Club:  The money raised from the Chilifest event, plus from other fund-raisers such as the making and sale of Apple Butter, etc., are all distributed for the “Good of the Cause.”

As for the “Cause,” examine the following closely. 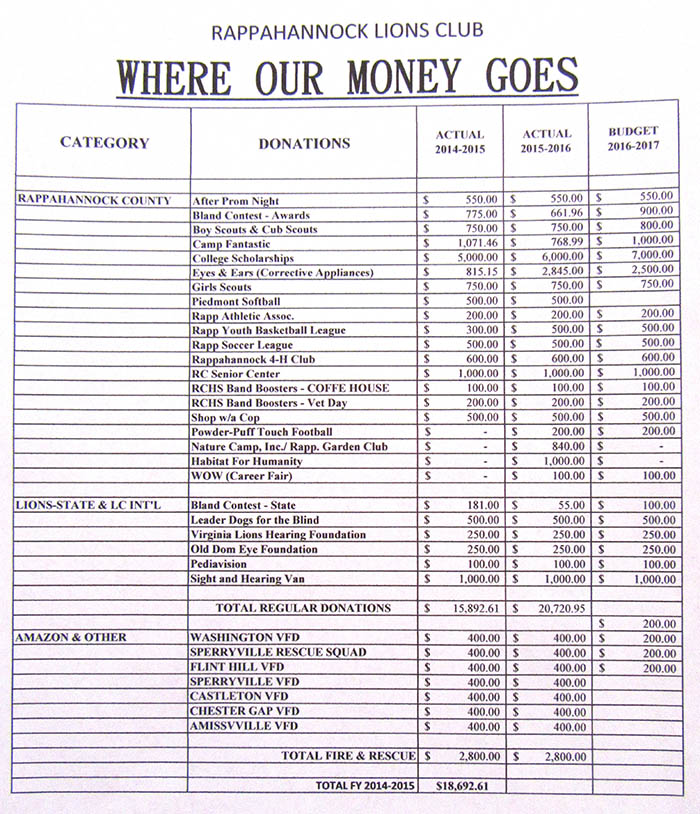