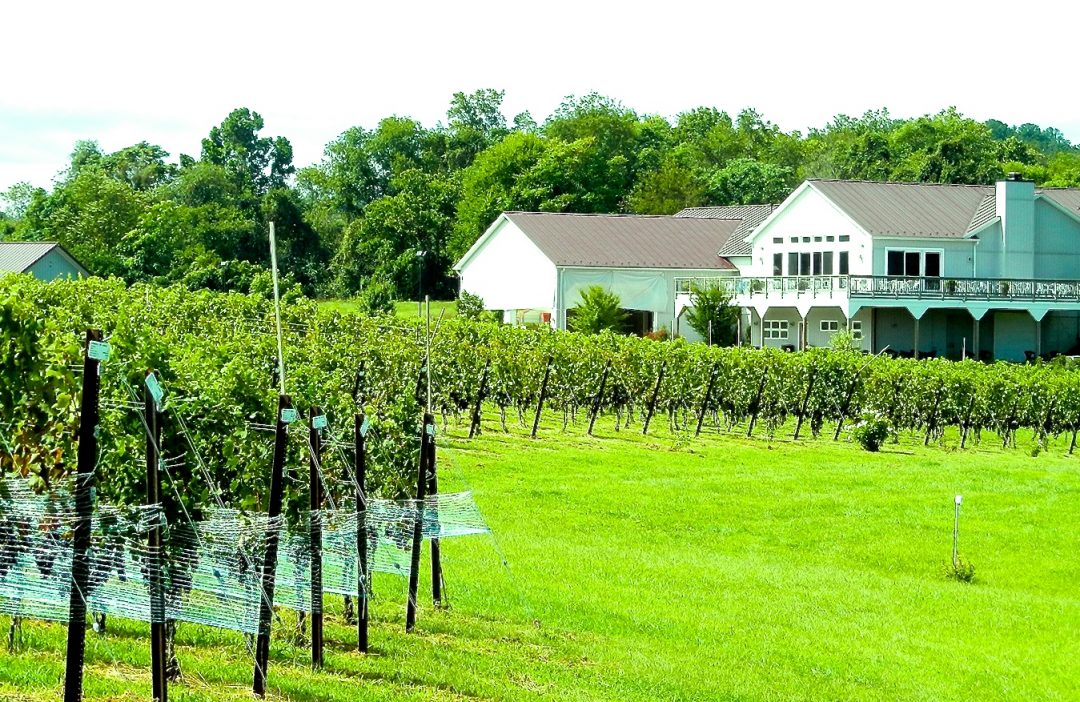 A fine Christmas Party in a very nice setting at the Narmada Winery on the evening of December 14, 2017.  For those who have only seen the Narmada Winery from the back, and from the darkness of the parking lot, the following photo shows the bucolic scene from the front and in daylight.  The Christmas Party was held inside the building with the large glass window, where a deck overlooks the grapes growing in the vineyard.

Once inside, the gathering of Lions Club members, wives, friends, and invited guests found themselves in an elegant setting, including a long, curving wine-tasting bar where wine and other drinks were readily available for the taking.  Music for the evening was provided by Forrest Marquisee and Smiggy Smith.  Kit Johnston, who organized this wonderful Christmas Party, notes that both guitar players are well known and well respected for their music in Rappahannock County.  Smiggy (Robert Smith) is originally from Scotland and is often a judge for the Lions Bland Music Contest. 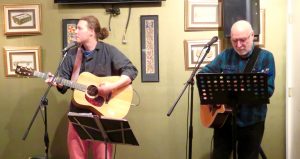 Speaking of Kit, here we have a photo of Kit with her date for the evening, Charlie LeVeille.  Charlie is a retired lieutenant from the Massachusetts State Police. 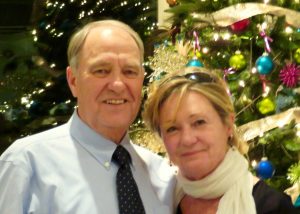 Good conversation was the order of the evening and Larry Grove is doing his part with Marti Lander on the left, flanked by Geneva and Roger Welch, and Jim Manwaring on the right. 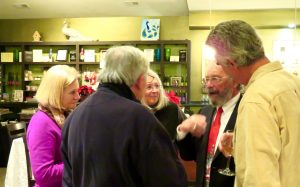 Two groups are captured here, with Bob Lander, Richard Antony, and Mike Mahoney in the foreground and reflected in the mirror behind them is Bill Gadino speaking with Bill Pumphrey and his friend Ann. 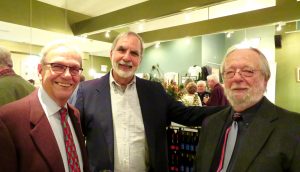 Frank Raiter was sporting a new hairstyle, a bun, keeping stylishly ahead of the times, just like Brad Pitt, who was not at the party, but who would have fit right in. 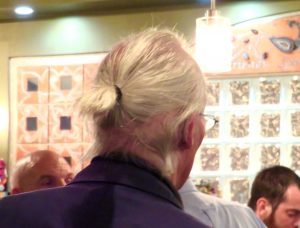 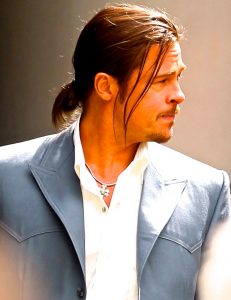 At this point we have a series of photos of small groups, starting with Bill Pumphrey and friend, Elane Bowes, both just in from Hawaii. 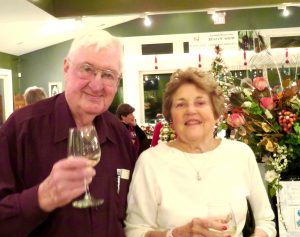 Left to right around the table: Marti Lander, Karen and Yogi Bear, Roger and Joyce Andrews. 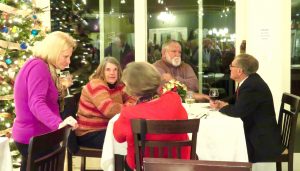 Many people along the bar.  From left to right:  Anne-Marie Stacey, Rick Kohler, the back of Kit Johnston (reflected in the mirror), Fred Stacey, Charlie LeVeille talking with Scott Wells, and Dick Reidinger.  Identifiable in the background are Frank Raiter, Rudy Segaar, Judy Segaar, and Bill Pumphrey. 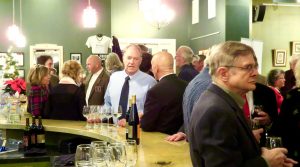 Rudy Segaar, Anne Grenade, and Gary Giebel smile for the camera, while Charlie LeVeille looks on – aghast.  Seen in the background, from left, are Anne-Marie Stacey, Fred Stacey, Rick Kohler, and Bob Lander. 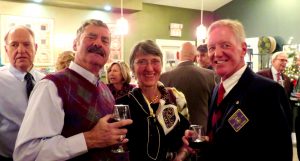 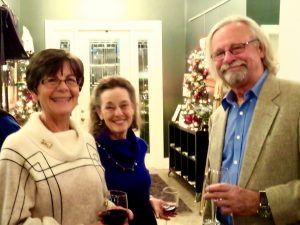 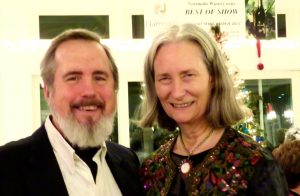 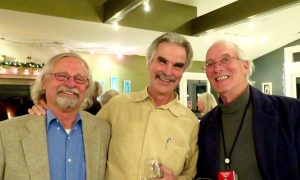 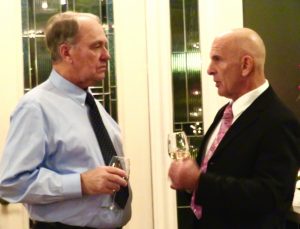 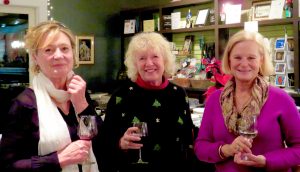 Two views of the attendees having a fine Christmas dinner.

The serving line from Country Café of Little Washington, with Kathryn and David Huff, about to provide an excellent repast to the musicians for the evening, Smiggy Smith and Forrest Marquisee, with Aleta and Bill Gadino, Bill Pragluski, and Cathy Shiff to the right. 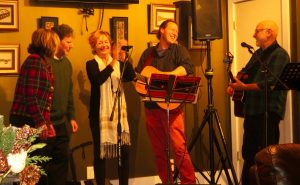 And that about wrapped up the evening.

When one reflects upon the evening, it is somewhat of a phenomenon that a large group of friendly people came together in an elegant setting on one cold and dark winter’s night in a rural area in the foothills of the Blue Ridge mountains to enjoy each other’s company with good food and libations for a few hours and then everything ends, poof!, and all dissolves into memories.

← Oh, Wow! There Are Other Lions Clubs? Bruce Sloan Speaks on Cochlear Implants →