It was certainly the most elegant setting ever for a Lions Club Charter Night gathering.  Narmada Winery in Amissville is in a scenic setting in a scenic county.  Owners Pandit and Sudha Patil were Lions Club members until Pandit became seriously ill and had to drop out of Lions Club activities (though he is still a member).  Both have led extraordinary lives before and since, a story well told on the Narmada Winery’s web site.

A view of part of the sylvan setting of the Narmada Winery is shown above, with the Narmada Pavilion on the lake.  It was a perfect evening for Charter Night: mild temperatures, fair weather, and dazzling stars in a clear sky plus a quarter moon when the gathering ended about 9:00 PM.  And so the 58th Charter Night began.

Lions Club President Yogi Bear, shown here extolling the features of the bar, the buffet, and other aspects of the banquet hall, plus mentioning the entertainment for the evening.  He then quickly called the meeting to order.  The Pledge of Allegiance and prayer followed and then honored guests were introduced.

Off and on during the evening photos were taken by the “man with the camera,” and these were, with few exceptions, all candid shots, some turning out well, while others were a bit too candid and will never be shown.

Salads were served at the tables, and then a line soon formed for the buffet as prepared by David Huff of the Country Café in Little Washington. The menu for the evening was as follows: 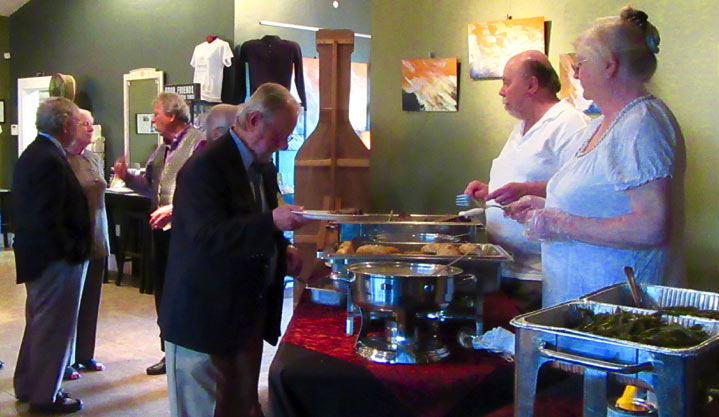 Here we have Mike Mahoney pulling his “More porridge, sir,” act, in front of Dave Huff and Debbie, while Jim Blubaugh tells a story to Larry and Kathy Grove in the background.  The meal was excellent and filling, and Dave Huff and his crew received a round of applause at the end of the evening. 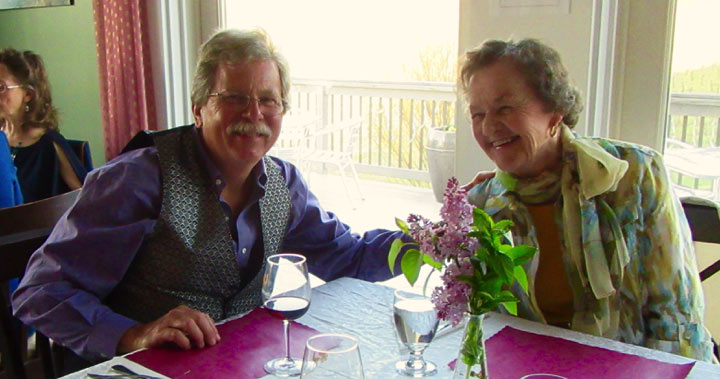 Jim Blubaugh and Aline Johnson, she of the sparkling eyes and quick smile.  Aline was an honored guest.  Her deceased husband, Carson Johnson, was one of the founding members of the Lions Club.  The scoreboards at the Rappahannock High School are dedicated to the memory of Carson.

Another table.  On the left is Rudy Segaar, Civil War re-enactor extraordinaire, then Richard Reidinger, Judy Reidinger, and Judy Segaar. 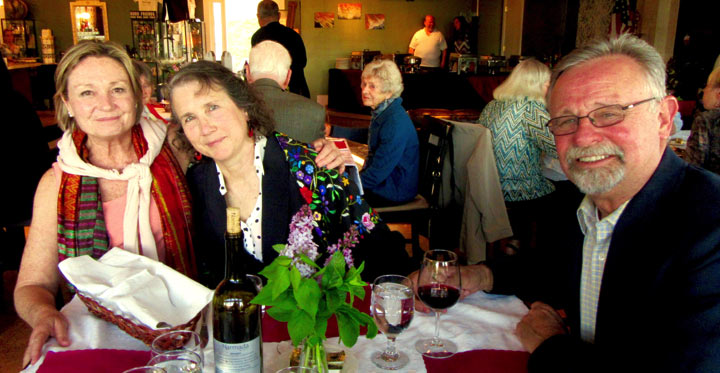 Kit Johnson and Cathie Shiff, buddies, with Dave Shiff on the right. 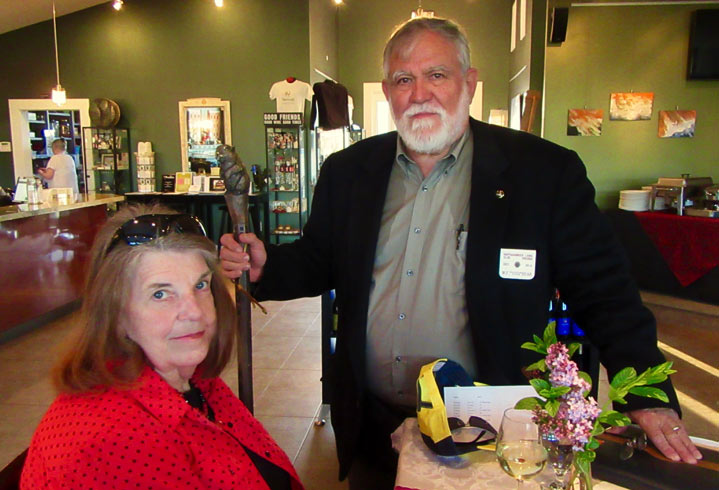 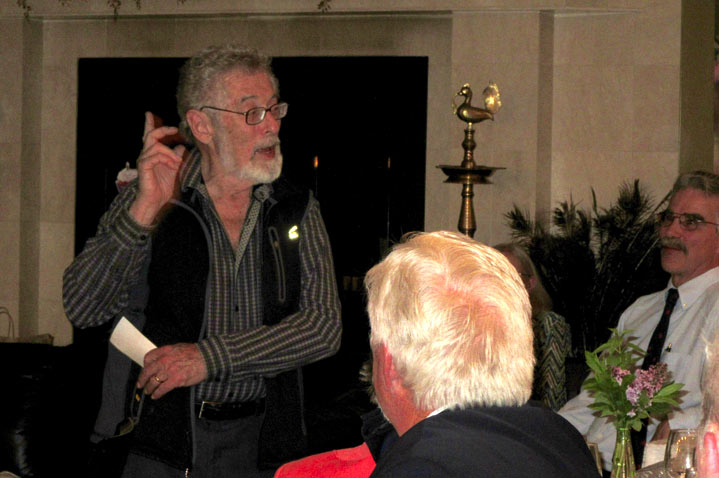 The entertainment for the evening was a presentation on life in Cuba, with pictures. A background narrative was provided by Peter Hornbostel, above; and the photo commentary was provided by Jim Manwaring, at the right, of their trip to Cuba with their wives. In the foreground is the back of the head of Bill Gadino. 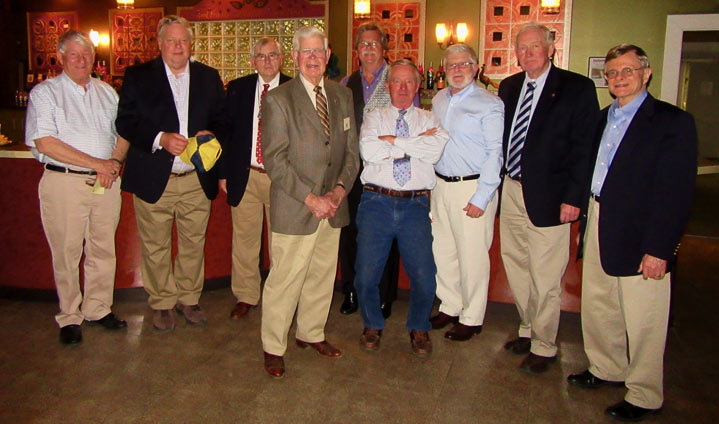